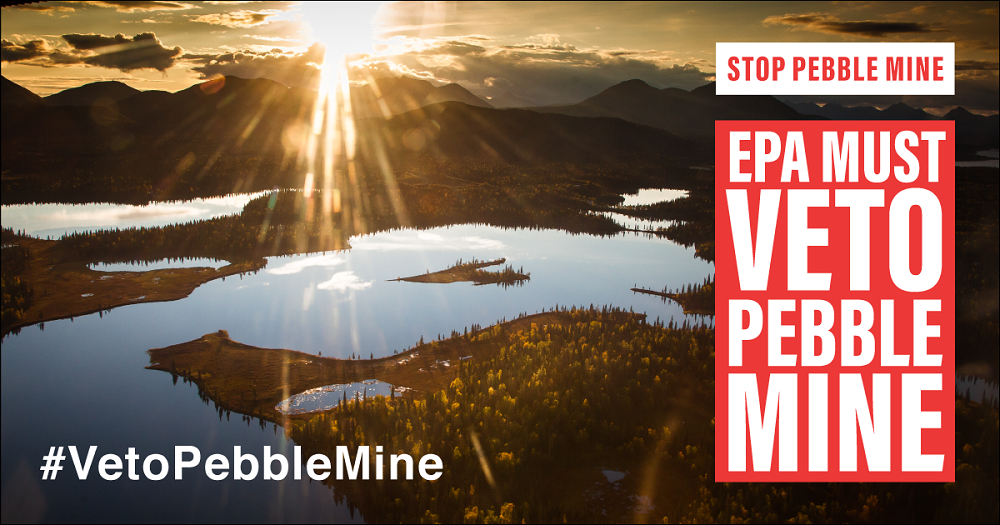 In late November, the U.S. Army Corps of Engineers denied a key permit for the Pebble Mine, which would have destroyed hundreds of miles of salmon streams and thousands of acres of wetlands in Bristol Bay, Alaska—America’s greatest salmon stronghold. It was the right decision, reached after heavy pressure from Bristol Bay Tribes, hundreds of organizations, and thousands of supporters like you from the Wild Salmon Center community.

Now, we need to answer the call from Bristol Bay residents to prevent Pebble—or any other mining company—from ever excavating Bristol Bay’s headwaters.

This new video captures the importance of the journey thus far, and the need to end this fight, once and for all.

The coalition behind this call is led by Bristol Bay Tribes and articulates a vision for permanent protection. It starts with EPA using its authority under the Clean Water Act to Veto the Pebble Mine. We’re laser focused on ensuring that the Biden Administration knows that the threat of mining still looms over Bristol Bay and that it must hold good on its campaign promise to see Bristol Bay protected.

A new economic analysis of Bristol Bay’s famed salmon runs shows that the fishery’s economic benefits exceeded $2.2 billion in 2019, generating more than 15,000 jobs while feeding hundreds of thousands of people. This commercial fishery supplies as much as 57 percent of the world’s sockeye salmon catch, driving $990 million in economic activity in Alaska alone, and $800 million in induced impacts for the Pacific Northwest.

Bristol Bay communities that rely on salmon have been most threatened by Pebble, and they have fought long and hard to stop it. Two weeks ago, alongside coalition partners, the United Tribes of Bristol Bay launched a massive campaign with videos and ads covering every major DC media publication. Through this powerful campaign, the coalition is calling on President Biden and EPA to veto Pebble and protect Bristol Bay.

More than 270 businesses have signed on to the call to protect Bristol Bay, joined by dozens of organizations and nonprofits that represent tens of millions of Americans. As has always been the case, the support for Bristol Bay is broad, diverse, and nationwide.

We’re working to elevate every one of your voices. Can you join us in calling on EPA to use its authority under the Clean Water Act to veto Pebble Mine?

Now is the time to finish the job—and stop Pebble Mine, forever.

The leading group working to protect the strongest wild salmon rivers around the North Pacific.